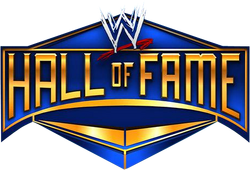 Raymond Walter Traylor, Jr. (May 2, 1963 – September 22, 2004) was an American professional wrestler. He was best known for his appearances with World Wrestling Entertainment under the ring name Big Boss Man (sometimes spelled Big Bossman).

In June 1988, Big Boss Man joined the WWF, and wrestled as a heel with his manager, Slick, Bossman's post-match gimmick involved handcuffing his defeated opponents (mainly jobbers) to the ring rope and beating them with a nightstick.

After defeating Koko B. Ware at the inaugural SummerSlam, Bossman made his first major WWF impact when he attacked Hulk Hogan on Brother Love's interview segment. During his feud with Hogan, Bossman also challenged for the WWF Championship, held by Randy "Macho Man" Savage; and began teaming with Akeem to form the Twin Towers. As the Twin Towers, Bossman and Akeem feuded mainly with Hogan and Savage (who had formed The Mega Powers  alliance), and were strongly involved in the storyline involving Savage's slowly building heel turn and eventual betrayal of Hogan. The Twin Towers were The Mega Powers' opponents the night of Savage's turn; Hogan, who was abandoned by his partner late in the match, rallied to defeat the Twin Towers.

The Twin Towers moved on to defeat The Rockers at WrestleMania V, and feuded for most of the spring and early summer of 1989 with Demolition for the Tag Team Championship. This went on while Bossman was wrapping up his feud with Hogan in a series of steel cage matches; one of the most memorable matches aired on the May 27, 1989 edition of Saturday Night's Main Event, where Hogan superplexed the 350-pound Traylor off the top of the cage.

He later became a fan favorite in early 1990 on The Brother Love Show after refusing to give Ted DiBiase his Million Dollar Championship belt back after DiBiase had paid Slick off for Bossman to retrieve the belt from Jake "The Snake" Roberts' bag that also held Jake's python. Bossman refused to take a payoff and returned the bag with the belt and snake to Jake Roberts. After this change he feuded with former tag team partner Akeem, defeating him in less than two minutes at WrestleMania VI; he also stopped his post-match routine of beating of jobbers during this time. He joined forces with Hogan at the 1990 Survivor Series along with "Hacksaw" Jim Duggan and Tugboat, defeating Earthquake's team.

In the autumn of 1990, Bossman began feuding with Bobby Heenan and The Heenan Family after Heenan began insulting Bossman's mother. Bossman eventually gained the upper hand against Heenan's wrestlers, getting wins over The Barbarian at the Royal Rumble and Mr. Perfect via disqualification at WrestleMania VII for the Intercontinental Championship; the latter match featured a returning Andre the Giant. Later in 1991, Bossman defeated The Mountie in a Jailhouse match at SummerSlam; the stipulation had it that the loser would (kayfabe) "spend a night in jail." After the feud with the Mountie, Bossman had a short feud with Irwin R. Schyster.

In 1992, Bossman became involved in a feud with Nailz, whose gimmick was that of an ex-convict; in a series of promos that aired before his debut, Nailz claimed to be abused by Bossman during his incarceration, and warned that he was coming for revenge. During a television taping that aired May 30, Nailz — clad in an orange prison jumpsuit — ran into the ring and attacked the Bossman, handcuffing him to the top rope and repeatedly choking and beating him with the nightstick. Bossman eventually recovered and went after Nailz in a series of matches during the latter half of 1992. The feud culminated when Bossman defeated Nailz in a Nightstick on a Pole match  at Survivor Series.

Bossman lost his final pay-per-view match to Bam Bam Bigelow at the 1993 Royal Rumble before leaving the WWF in March.

On October 12, 1998, Boss Man made his return to television with a greatly changed character. Instead of being a police officer/prison warden as he was before, the Boss Man was now a bodyguard/security specialist who served as Vince McMahon's "personal security" during his feud with Stone Cold Steve Austin and his later feud with D-Generation X. At first, Traylor appeared under a mask, but this was quickly disposed of after the revelation of his identity.

Most of his matches in the hardcore division were part of his feud with Al Snow. At one point, the storyline involved Al's dog Pepper. At SummerSlam, the pair fought in a match that never made it to the ring; it instead spilled into the backstage area, the street, and finally into a nearby bar. Just prior to the match, Snow was seen setting Pepper's dog carrier near the entrance way. Minutes into the match, Boss Man picked up the carrier, taunted the dog, struck Snow with the carrier, and carelessly tossed it behind him. Announcer Jim Ross apologized immediately for the stunt, and confirmed on air that Pepper had been removed from the box before the match.

Two weeks later, Pepper was taken out of the storyline when he was, in storyline killed by the Bossman, who then tricked Snow into eating his pet. The storyline concluded with a Kennel From Hell match at Unforgiven, which consisted of the WWF's blue steel cage surrounding the ring and the Hell in a Cell structure surrounding the blue cage and the ringside area, and the object of the match was to escape from the cage and the cell while avoiding attack dogs positioned outside the ring. Snow won the match and retained his title, which had been returned to him after The British Bulldog defeated Boss Man for the Hardcore Championship and gave it back to him.

After this, he feuded with The Big Show over the WWF Championship. The feud included a monologue where Bossman showed up at Big Show's father's storyline funeral (his father had actually died years earlier) and proceeded to steal Show's father's casket by rigging it to the back of his car and driving off. In a desperate attempt to stop the theft, The Big Show jumped onto the coffin as it was being towed away, riding atop the coffin for a few yards until he lost his grip and tumbled off. Bossman became the #1 contender for the WWF Championship on the November 15, 1999 edition of Raw. This feud ended with Boss Man being defeated by Big Show at the Armageddon pay-per-view.

Bossman participated in the 2000 Royal Rumble match, where he eliminated Rikishi (with the help of five other competitors), Chyna, and Faarooq before being eliminated by The Rock. On the March 19 edition of Sunday Night Heat, he introduced Bull Buchanan as his protege. Together, they would go on to defeat The Godfather and D'Lo Brown at WrestleMania 2000 and the Acolytes Protection Agency the following month at Backlash. However, the team split on the June 5 edition of Raw is War after they lost to the Hardy Boyz and subsequently began arguing before Bossman knocked Buchanan out with his nightstick when his back was turned.

In the summer of 2000, Bossman disappeared from mainstream WWF television and wrestled mainly on Jakked and Heat, primarily feuding with Crash Holly until an injury occurred in January 2001. When Big Boss Man returned from an injury in late 2001, he was given a role as the tag team partner of Booker T, as simply The Boss Man. Boss Man served as an enforcer again, only this time for Booker T under the order of Vince McMahon. The team quietly split in late January 2002, and from there on Boss Man wrestled mostly on Jakked and Heat. In April, he formed a short lived tag team with Mr. Perfect after both were drafted to the Raw brand. In May 2002, he competed in his last WWE match, losing to Tommy Dreamer. He was then released from WWE in 2003.

Retrieved from "https://wwebrady.fandom.com/wiki/Big_Boss_Man?oldid=18969"
Community content is available under CC-BY-SA unless otherwise noted.